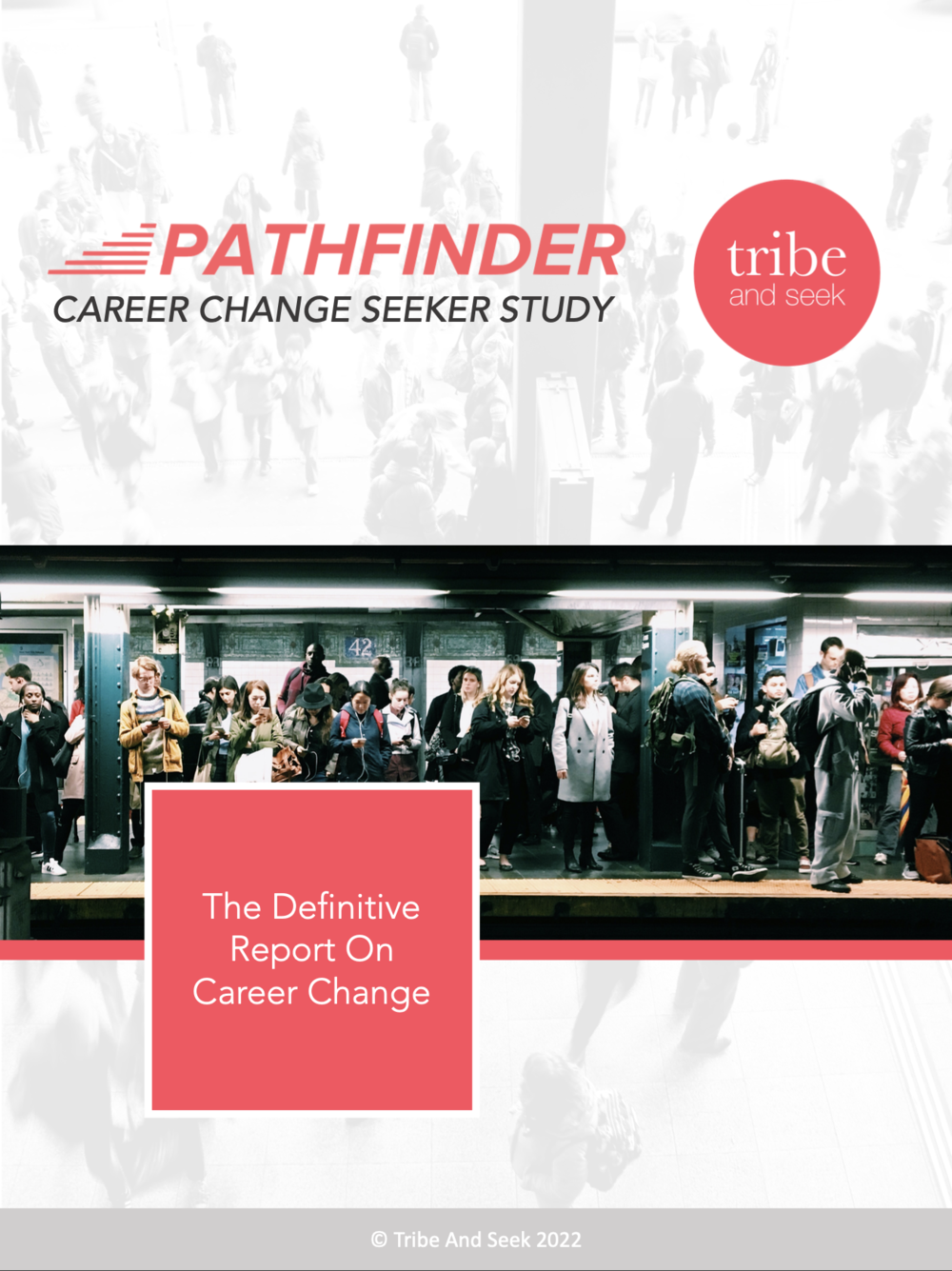 Changing career is a major life event for most people.

People held an average of 12.4 jobs from ages 18 to 54 and it happens to millions every year.

50% of workers want to make a career change so there’s a huge need for support. The career changing trend is only growing with new generations as 52% of millenials are likely to consider changing employers this year.

So Tribe And Seek has conducted a study with more than 50,000 people over two and a half years who are actively seeking a career change. The study asked questions designed to help identify the factors, motivations and situations that influence a career change.

We hope that by sharing the insights in addition to our existing career advice, other people planning a change will be better armed to explore their own career options.

34% have never made a big career change

20% are on their third industry and 15% are habitual changers with four or more industries under their belt.

The odds of a varied experience grows in line with age. But for most working ages up to 49 years old at least 57%+ have only ever tried 1 or 2 industries

79% want to move industry, not just job - combined with the above stat that 57%+ have only ever tried 1 or 2 industries, this shows that people find moving jobs easier than moving industry.

Salary is Important to 98%, but only 17% think it's the most important factor

42% of career changers said that Self improvement is their primary motivation, followed by a need for security (23%) and desire to make an impact (16%).

27% of changers have 5-10 years experience in their field

Only 35% of career changers are parents

Age doesn't appear to have a major impact on how working age people prioritise - self improvement seems to be the dominant motivation across the ages.

Inversely, Responsibilities appear to play a more important part indicated by 42% of those in their late thirties and early forties.

Age does not appear to change peoples' beliefs around the value of a salary - it is not the be all and end all.

80/20 split of needing to change industry (rather than job) remains across the ages.

Desire for Autonomy grows in line with age.

Changers who are parents sit in 35-44 bracket when they are most likely to have school age children.

Parents that have flexibility (and therefore their change is driven by other factors) reaches 36%+ after 45 years old.

72% of changers are workers or managers

94% of changers work for someone else (vs 6% self employed) - indicates greater satisfaction among self employed.

Career progression does evolve with age, but even by 44 only 19% of changers feel they have seniority.

Greatest jump of progression occurs between late twenties and early thirties where the number of experienced managers almost doubles from 16% to 29%.

Perceived scope of Responsibilities appear to grow with seniority, 31% of workers vs 47% experienced managers.

Need for Support decreases with seniority, from 34% of workers down to 20% executives ranking it first.

Prioritising Vision rises with experience, 19% of experienced managers up to 28% of executives.

53% of Senior managers are parents, whereas there are slightly fewer parents who are Execs at 50%.

Senior manager parents are 2.1x times more likely to already have found flexibility in their career than Worker parents.

The less senior someone is, the more they value work life balance - 80% of workers vs 74% of Seniors and 68% of Execs

Earning potential rises over time with age and experience, but by 44 still 67% are earning less than £45k.

From all those with 20+ years experience, 32% are still earning less than £30k

£70k+ income only becomes more common in senior roles with 33% of seniors earning more than £70k.

Having an impact grows as security needs diminish, 14% vs 22%.

If you know someone who could use some help, why not share the 10 Impactful Ways A Career Coach Will Revamp Your Career